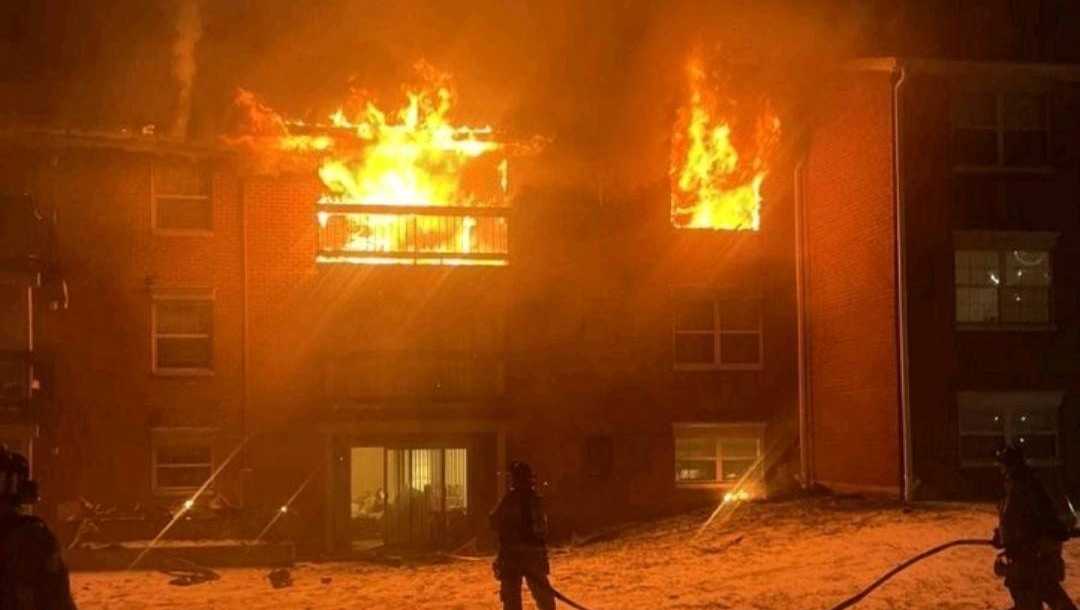 A two-alarm fire that displaced more than 20 residents of a Reisterstown apartment building was ruled an arson, according to the Baltimore County Fire Department. Fire officials said firefighters were called around 8:17 p.m. Monday to the unit block of Brookebury Drive, where there were heavy fire conditions at an apartment building. Investigators determined the fire was intentionally set. Baltimore County police fire investigators charged one person with first-degree arson.